Gathering words to express the heart wrenching loss of one of the most beautiful women to have ever walked this earth is futile. Our beloved Momma,  Bernice Monica Weber (nee St. Marie) of Chatham (born in Clifford Ontario)  passed away unexpectedly  on Sunday, January 20, 2019 after just celebrating her 89th Birthday. She took her last breaths surrounded by tidal waves of love.

Bernice is survived by her soulmate of 72 years Edgar, and her loving children  Terrie, Scott, Tracy and Melissa.  She also was deeply loved by her grandchildren Stacey, Allyson and Becca.

She is cherished by her siblings:  Florence Wells (Brampton), Larry (Langley BC), Kenneth (Hanover), Maurice (Pam) (Langley BC) and her sister- in- law Jean (London)

Bernice was adored by Edgar’s many siblings and their spouses, along with numerous  nieces and nephews.

Our beautiful Bernice had many amazing relationships with so many people that we would never have enough space to acknowledge. We would be amiss in not mentioning the phenomenal care received by Dr. Waterrud and her team including Heather and Shannon over the decades. They treated our mother as if she was their own, and that level of care, love and limitless support will never be forgotten.

Describing Bernice seems an impossible task. People constantly clamoured to have an opportunity to be close to her warmth, kindness and humour. Momma just made you feel happy.  She was wickedly clever and could figure out solutions to any “dilemma”. If we didn’t have the appropriate wax candle numbers for a birthday cake, Mom fixed it fast with a steak knife as she carved the proper number out of last years digits…..giggling the entire time. Her ingenuity was jaw dropping and family was the epicentre of her world. Bernice stories were not only frequent and furious, they were legendary. All she needed was an audience of one and she was off to the races. Anything we did was not only supported, it was encouraged and celebrated.

Mom’s smile and beautiful face could single handedly wash away any fear or worry… her eyes danced and sparkled.  Mom would try to sell you the “I’m shy” business, but we all clearly knew that she was the true rockstar of our family. This beauty was our best friend and it was a given that she was always in tow with anything we were doing socially…..it was just understood. Concerts were her crowning glory. Any disclosure regarding a concert event that we had purchased tickets for her, was met with the same line: “Where are we sitting?”. Most often it was front row…..that’s where royalty should sit. She took extreme pride in rhyming off her concert list: Cheap Trick , Heart , Tom Jones, Celine Dion, Garth Brooks, Vince Gill, Diana Ross, etc etc . She was open to anything but “rap”. The lovely Bernice even appears in a rock DVD, as she attended Heart: Live at Windsor Colosseum that was being filmed. “The Barracuda”, as she called it, was her favourite song that night since it had a “nice beat”. She cracked us up constantly. Our friends craved her company and without question always included her because she shone bright like the most flawless diamond.

In following with her wishes,  cremation has taken place.  In lieu of a ceremony, we ask that those who knew and cared for her take time to remember the impact her light and love had on their lives, and to forward the kindness she bestowed in her actions onto others in your own life.  She will be missed everyday and will be carried in our hearts always and forever

It was no coincidence that on the evening of her death the moon was blinding and brilliantly  bright. The Super Blood Wolf Moon thrilled skywatchers with stunning visuals…….it wasn’t a wolf, it was Bernice. 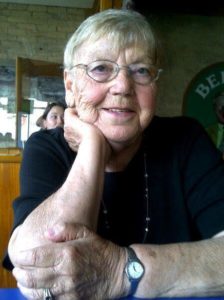 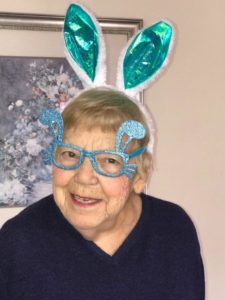